Nothing minor about Morris fundraising drive!

It’s not often four Morris Minors rock up on an ETB forecourt in need of new tyres.

But our Leamington depot was only too pleased to help Carl Beasley, Peter Bevington and their team of fundraisers, whose cars are now shod in the best boots we could find ahead of a Lands’ End to John O'Groats charity drive from July 28th to August 5th.

Carl said: “Both Peter and I have personally had cancer and felt the effects for loved ones that have Cystic Fibrosis, cancer, or needed the care that Macmillan provides.

“One sunny afternoon after Pete had helped me transport my latest project back to my house - a 1959 Morris Minor called Alanis - we sat inside my latest purchase, surrounded by rust and years of decay with a cup of tea in our hands.

"We both looked through the holes in the floor then Pete turned to me and said: "Let’s do Lands’ End to John O'Groats in this. I've got to be honest, I had butterflies in my stomach at the thought of achieving such a challenge. So we decided to restore Alanis."

Following the support from friends, colleagues, businesses and Morris Minor owners’ clubs, this has now become an epic adventure as there are now three other Morris minors joining up for the challenge.

The Cystic Fibrosis Morris Minor ‘Alanis 1959’ will be driven by Carl and Peter.

The Macmillan Morris Minor ‘Ruby 1949’ will be driven by Tom Morris and Andy Wilson.

And keeping everyone all in check is a genuine 1970 decommissioned New Scotland Yard London Metropolitan Police Morris Minor ‘Polly’, driven by Gareth and Gemma Beynon.

To donate to this fantastic effort, visit Virgin Money Giving

Check our stock and prices & reserve your tyres online now!

Calls may be recorded for training and to ensure the best quality customer service. 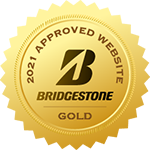